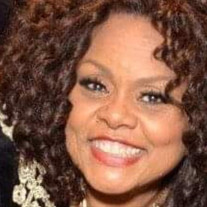 Mary Linda Frye Moore Zakee was born November 26th 1950 in Onancock, Virginia to the late Irving and Nellie Frye. She entered into her eternal rest on Friday, April 5th, 2019 at the V.A Hospital in East Orange, NJ. She graduated from Cardinal Spelman High School, and then attended Borough of Manhattan Community College. She went on to join the U.S. Navy where she studied Journalism. Upon leaving the Navy, she joined the U.S. Army Reserves where she obtained the rank of Staff Sergeant. After her time in service, she started a lifelong career in the entertainment industry. Through the scope of her career, she worked with Gilda Radner, Radio City Music Hall, Star Search, Arista Records, Bailey Broadcasting, Ticketmaster, the Terrie Williams Agency, RCA, and most recently, she worked independently as a publicist. Mary was cheerful, positive, charismatic, and was always the voice of reason. She instilled confidence into many and motivated people to feel a sense of belonging and empowerment. All of her projects held a special place in her heart but the one that brought her the most joy, was her collaboration with the “Ms. Full-Figured USA Pageant”. Helping women realize that their strength and beauty were not dependent upon their size, meant the world to her. Community was also a huge priority for Mary, speaking at high schools encouraging young women in their quest for self-acceptance.  Mary served as a delegate for the county committee of Essex County. Also served on the East Orange, C.E.R.T. (Community Emergency Response Team) under O.E.M. (Office of Emergency Management)   Mary was preceded in death by her father Irving Frye, her mother, Nellie Frye; her sister Annette Frye Fantauzzi, and her brother Bobby Frye. She is survived by her husband, Syncere Zakee; her son, Colin Moore, her daughter, Laqueeda Mobley; her brother, Irving Frye; her aunt, Ella Jackson; her nephews, Augustin and Joshua Fantauzzi; her mother-in-law, Izetta Mobley; her cousins, Sandra and Phil Wise, Michelle Yuvienco and Evette Threeths; her six grandchildren, Shakir Mckillip, Haley Moore, Clarke Moore, Colin Moore Jr., Justice Mobley and Roy El Mobley; her two great grandchildren Kennedie and Kyndal Mckillip; and a host of in-laws, family and friends.

Mary Linda Frye Moore Zakee was born November 26th 1950 in Onancock, Virginia to the late Irving and Nellie Frye. She entered into her eternal rest on Friday, April 5th, 2019 at the V.A Hospital in East Orange, NJ. She graduated from Cardinal... View Obituary & Service Information

The family of Mary Linda Frye Moore Zakee created this Life Tributes page to make it easy to share your memories.