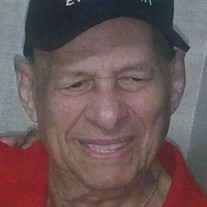 Leoncio a pichardo, our father, departed this life on may 23 of 2021 at the saint joseph university hospital of new jersey at 6:37 Pm after be fighting the corona virus infection at his 104.8 year old. Amado , as he was know mainly, was born on the 13th of September on 1916 in San Francisco de Macorix, Dominican Republic. He emigrated to the south area of the island , Barahona city , been a young man together his mother an father , Bernardino Pichardo and Cira Perez. He was a brother of seven. The main job that we can recall was over the Barahona Sugar Cane Industry. He was in charge of the main store of commodity at this moment. He attended to his professional life and as well his familiar one. As well he was in charge , for several years to the machine shop over the Salt and Cast industry over Dominican republic. He was Married twice; his first wife was a the mother of two , Carmito and Maritza. Then he was married to another great woman where were they procreated three more kits. One son and two daughters. He was not a terminated professional on mechanical or administrative field, but he was so respected and considered by the main bosses and the company. Very hard worker in every job that he had I consider is the main virtue in every job where has had the opportunity to serve; not just in his natal Dominican Republic but also in New York and New Jersey City in the usa were he came at 54 year old and just restarted a new life full of hope and enthusiasm. Another thing that not to many people know is the matter of he was very enthusiast and competitive helping to another regardless the country where the need were. Amado was sponsor of several benefic institutions in and out of Country. He , probable was not the best father of the word but neither was the worse. Rest in peace father , Jesus pichardo Even during times of social distancing, anyone who has suffered a loss deserves love and support more than ever before. Let the family know you care by leaving treasured memories, thoughts and prayers on the Tribute Wall.

Leoncio a pichardo, our father, departed this life on may 23 of 2021 at the saint joseph university hospital of new jersey at 6:37 Pm after be fighting the corona virus infection at his 104.8 year old. Amado , as he was know mainly, was born... View Obituary & Service Information

The family of Leoncio A. Pichardo created this Life Tributes page to make it easy to share your memories.

Leoncio a pichardo, our father, departed this life on may 23...

Send flowers to the Pichardo family.