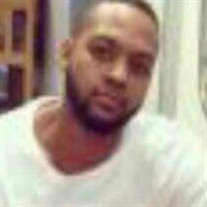 Kiariff Da’quan Alston entered eternal life on October 14, 2021. Kiariff was born on March 13, 1995, to his parents Erica Dawson & Kenyam Alston. Kiariff also known as “Ky” was born and raised in Paterson, New Jersey but later moved to Glen Rock, New Jersey. Kiariff was born premature and spent time in the hospital after birth. He soon came home after a few weeks and was the new addition to both families. Kiariff would soon grow to be a healthy, smart, intelligent, strong, and tall boy with a big smile. Kiariff loved comedy shows, taking pictures and collecting baseball cards. He attended Paterson Public School #24 where he graduated. Growing up Kiariff was outgoing, funny; he liked to laugh and make jokes. Kiariff loved to be around family, family was everything to him. Kiariff was very athletic, he played basketball for Paterson Public School #24 and attended Wallington High School in Wallington, New Jersey where he played basketball and football, in addition, Kiariff attended Passaic County Community College where he received an Associate degree. Kiariff held several jobs growing up and he was employed by United Parcel Service (UPS) in the past and his most recent place of employment was at Home Depot in Paterson, New Jersey. Kiariff shared a close and personal relationship with some cousins: Angela & Rozalyn Dawson, Tyshawn Cordova, Rasheeda, Raimona, Rashima, Rasheedi, Yeshiva & Jaz’mon Alston, Hakeem Davis, Aneeka Cowan, Anita & Alisa Lassiter, Amina & Ayanna Jackson, Ashanda & Aniya Dicks, Zakir Stocks, Zah’kajah & Zyonia Jackson and was preceded in death by his cousins Ja’heem Rajahn & Rajamir Alston & His Dawson family of cousins & Godmother Monique Brown Kiariff leaves to cherish his memories his Mother Erica Dawson & his Father Kenyam D. Alston. He also leaves behind his maternal grandparents, Bernice Dawson, and George Jackson Jr. & Step Grandfather Steven Downing: His paternal grandparents, Cynthia Alston and Earl Davis, his sister Amber Weeks, his aunts Yvette Alston Johnson, Althea Alston, Sheniqua Dawson, Sherkeya Cuffie, Shenique Jackson & Geralida Jackson & His uncle Keith L. Alston along with a host of other cousins, friends, relatives, co-workers, neighbors, and all those that prayed with our families. Our family feels a deep sense of loss and will miss Kiariff tremendously. A piece of us will be gone forever because he is no longer here. Kiariff’s smile will no longer be the thing we see but remember and hold dear in our mind and hearts. We believe that Kiariff’s cousins: Ja’heem K. Alston, Rajahn J. Alston & Rajamir K. Alston will meet him at the gates of heaven. We love you Kiariff……… Even during times of social distancing, anyone who has suffered a loss deserves love and support more than ever before. Let the family know you care by leaving treasured memories, thoughts and prayers on the Tribute Wall.

The family of Kiariff Da’quan Alston created this Life Tributes page to make it easy to share your memories.

Send flowers to the Alston family.